What Traits Do the Most Powerful Women Have in Common?

Six female leaders share their thoughts on the qualities that make a woman powerful.

After six months of research, asking hundreds of female leaders what traits the most powerful women have in common, here are six of the best answers:

‘The most powerful women realize that “no” is just someone’s opinion, and that anything is actually possible.

Everyone from Oprah Winfrey to Arianna Huffington faced countless rejections on the road to what was an “impossible” accomplishment.

In fact, Huffington faced 36 rejections from book publishers on the path towards her success. I can personally attest to this mantra– I faced thousands of hard “no’s” when I was trying to get my foot in the door on Wall Street and was laughed at when I eventually quit my job to start LexION Capital.

Women will hear thousands of “no’s”, especially as they break glass ceilings and smash every stereotype in the book. What separates the success stories is that they keep going in the face of adversity and not throwing in the towel.‘

‘There are many traits that powerful women share, but the one that stands out to me is executive presence. Powerful women exude it when they walk into the room.

They don’t have to be wearing an expensive suit from Neiman Marcus, but when they walk in, it looks like they OWN Neiman Marcus. It’s the way they carry themselves: standing as tall as possible, shoulders back, head held high.

They make eye contact with everyone in the room and usually do it with an engaging smile. Their handshakes aren’t wimpy, they’re strong and firm. When they sit, they don’t cower, instead, they take up space like a powerful man would.

And one of my favorite traits to see is that they don’t take themselves too seriously. They‘re resilient and able to admit they‘re not perfect.’

(1) that it all starts with a decision about how a woman chooses to live her life,

(3) they aren’t addicted to approval and have a thick skin when it comes to rejection.‘ 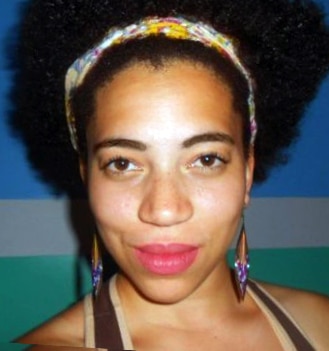 The most powerful women are the ones who never give up. Yes, this may sound like your typical answer, but that just means you aren’t looking close enough. But that’s the point, isn’t it?

These influential women, despite sometimes being ignored by the media, doubted by others in their fields or exploited for their successes keep on going.

Powerful women don’t let the fear of being forgotten or pushed around stop them from appreciating every major or minor success.

There is a layer of drive on their skin that grows over time and it cancels out whatever negativity surrounds them. These passionate women are not invincible – they are human.

A fact contradicted by every time they have been knocked down by failure or doubt, yet still managed to get back up and fight with an open mind.’

‘I‘ve had a few powerful female role models in my life. While they have all had different personality types, the 2 traits that were consistent in all of them were tenacity and compassion.

They would stay laser-focused on their goals no matter what obstacles they encountered.

At the same time, they also were very generous people who were always ready to help others. They embodied the phrase, we rise by lifting others.’

‘Marissa Mayer is the ideal example of a tech maven, software engineer and businesswoman, serving as the president and CEO of Yahoo.

She led the development of Google’s most successful products for more than 10 years and was appointed CEO of Yahoo in 2012, at the age of 37.

Known as a fashionista with an eye for design, Mayer is widely credited for the unique look and the feel that has come to characterize the Google experience.

I think that to have a goal of your life is of great importance at becoming successful. If you are not working towards something, you are going backwards. Set yourself a goal today and know that you have the capacity to follow through because you are amazing an individual.

Don’t waste time. Decide what you really like and do those things that are so important and interesting for you. Be the best in what you do, take up a job you really, really love and conquer the world.’