Discover the different forms of wealth, often not discussed on the mainstream media.

I had an epiphany of sorts at 6:00 am one morning this week, which is the focus of today’s philosophical article.

While I’ve intuitively understood the concept I’ll discuss in this article; it crystallized in my mind as I drove through the chaos of Atlanta’s rush hour, listening to an interesting podcast.

For the record, the podcast is a new one I just started listening to this week, by J.David Stein titled “Money For The Rest Of Us”, podcast #36 “How Wealthy Are You?” 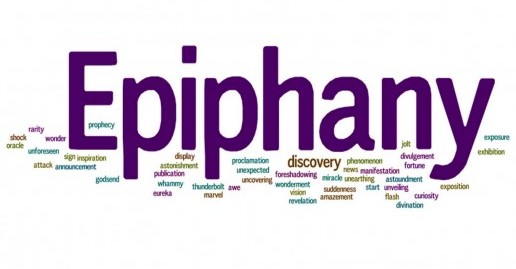 Epiphany: “An experience of sudden and striking realization”. (Wikipedia)

The epiphany started with this concept

There Are Three Types Of Wealth (I would argue there are Four), and a life well lived should include a balance of each type of wealth.

Trade-offs between the types are possible, and my epiphany was the recognition that my pursuit of early retirement is an intentional decision to shift between these types of wealth (more on that in a moment).

A second epiphany; my daughter, a college student, is very wealthy even though she has no money.

To begin, please pause (yes, pause, it’s part of today’s lesson….so, take a breath, relax, slow down), then read and ponder this quote:

“We give, we receive, we act, we construct: all day long we apply our minds to struggles against one thing or another — struggles unadorned or struggles concealed, but in either case tightly packed one after another without gap. The small fears leave us nervous and depleted; the large fears leave us stunned and blank…Worn away as if by autumn and winter: such is our daily dwindling, drowning us in our own activities, unable to turn back. Held fast as if bound by cords, we continue along the same ruts.”

It could have got written in today’s fast-paced society, and accurately reflects our difficulty in finding time to breathe, reflect, relax.

Any guess when it got written?

How about the Third Century B.C.?

Written by Zhuang Zhou and contained in The Zhuangzi, an extensive collection of anecdotes, allegories, parables, and fables.

The quote got cited in the podcast, which led to the epiphany.

The four types of wealth

While most of us think of “Wealth” in monetary terms, the reality is there are many other facets of our lives which could get viewed as “Wealth”. While the podcast author cited the first three, I feel it’s essential to add the fourth.

While many people in today’s hectic world strive for “Money Wealth”, their workaholic tendencies are depriving them of the benefits of “Time Wealth” (the freedom to do what you want, when you want) and “Spiritual Wealth” (closeness to God).

Don’t drown in your pursuit of money, but instead carve out time to foster other forms of wealth found outside the material realm.

My daughter, a typical “broke college kid”, has an abundance of Time and Mobility wealth.

While she likely has a perception of time constraint given her need for study, class attendance, etc., the reality is the college atmosphere allows a significant amount of unstructured time.

This time often gets spent socially, but I recall many times of self-reflection during my college years and suspect she is finding the same.

It’s an intense period of personal growth and reflection on what you want to do with your life, and what kind of person you want to become. There are few periods in our lives where we can go anywhere in the world.

She’s at that point, as she could pursue a career wherever she desires upon graduation. She is, indeed, very wealthy.

I enjoyed the podcast, and have found myself pondering the lesson.

The epiphany for me came in the form of crystallizing what I’ve thought but hadn’t put into words.

Below is my attempt at summarizing this in the context of this broader view of wealth:

The goal of early retirement

The goal of monetary wealth is to allow the freedom to pursue in earnest the other forms of wealth as quickly as possible.

The timeline can get shortened by minimizing materialism and other forms of spending.

Live well below your means to build your monetary wealth to the point of achieving early financial independence (the point at which your assets can cover your living expenses without the need of a paycheck).

When financial independence gets achieved, the focus on monetary wealth is de-emphasized.

Monetary Wealth used wisely can then be traded for greater Time Wealth. Time Wealth, when well invested, can lead to growing Spiritual Wealth. Spiritual Wealth may lead to new pursuits, which Mobility Wealth allows to be freely pursued.

In two paragraphs – The Epiphany.

There are many approaches to the “Wealth Management” concept presented here. I have good friends who are pastors.

While a relatively low paying position (Money Wealth), they are very wealthy in other facets of wealth (Spiritual Wealth) which are, in my opinion, more valuable than money.

While I fundamentally disagree with this approach, one could argue they’ve found a path which affords tremendous Time Wealth while supporting basic monetary needs (I would say that those who game the system in this way likely lack in Spiritual Wealth).

The important thing is to be intentional in your approach.

Recognize what forms of “Wealth” are vital to you, and make the changes necessary in your life to maximize that form of highest value to your family and you.

Take some time to think about it.

Create your own epiphany.