Five Things That Entrepreneurs Shouldn’t Do

How to avoid the five most common entrepreneurial mistakes and failures.

Reams have got written about what entrepreneurs should do when trying to get an enterprise off the ground and grow it.

While not every nugget of advice is as valuable as it could be and often suggestions vary significantly, I’ve found that nothing is lost in reading widely.

Eventually, principles codify out of the jumble of unrelated articles. That’s certainly been the case for me.

I sift through a basket of opinions like a prospector panning for gold and every now and then find nuggets that I squirrel away, ready to employ when the opportunity strikes.

After years of such prospecting, one thing that I’ve noticed is that articles offering advice to entrepreneurs are almost universally affirmative. They tell those toiling away in their garages what they should do, not what they shouldn’t.

I suspect this is because those that write about entrepreneurship often have startup experiences themselves and optimism flows in their blood like corpuscles. But warnings about the things that can doom a startup are just as valuable (maybe more useful) than suggestions about the right actions to take.

With that in mind, I offer five things that entrepreneurs should not do in their quest to create the next unicorn.

Of course, the market you’ve chosen to address is enormous.

Of course, a small slice of that enormity is huge.

And while you may have stumbled onto a slam-dunk opportunity that nobody else noticed, it’s unlikely.

If it were so easy to get 1% of such a vast market, others would likely have already grabbed it.

I’m not saying that you shouldn’t aspire to capture market share.

What I am saying is that leading with the “I’ll get a tiny slice of a gargantuan market” line can make it sound like you haven’t fully thought through all of the hard work you need to do to capture that sliver of market share.

2. Don’t resist pivoting when the market tells you something

At the core, an entrepreneur is somebody who has a hypothesis. That hypothesis takes the form of a business idea.

“I believe that mailing DVDs to consumers and not charging late fees will appeal to those that currently use video rental stores” (Netflix version 1.0).

“I believe that people will pay to have their DNA tested to learn their heritage, understand their health better, and connect with relatives” (23andMe).

In science, hypotheses are tested by experimenting and, if the experiment tells us something we didn’t expect, we adjust that hypothesis.

In business-building, it’s the same. Have a hypothesis that you believe in. But be ready to pivot your business if that hypothesis turns out to be untrue.

Many entrepreneurs doom their own companies by adhering with a religious zeal to an idea that, if modified even slightly, would be better received by the market.

It’s, of course, prudent to protect an idea. But most ideas get better when varying perspectives chime in on their validity.

In his book “Where Good Ideas Come From,” Steven Johnson tells a great story of how, when the first artificial satellite (Sputnik) was launched by the Soviet Union, some American scientists in Maryland tuned into its radio signal as it passed overhead. 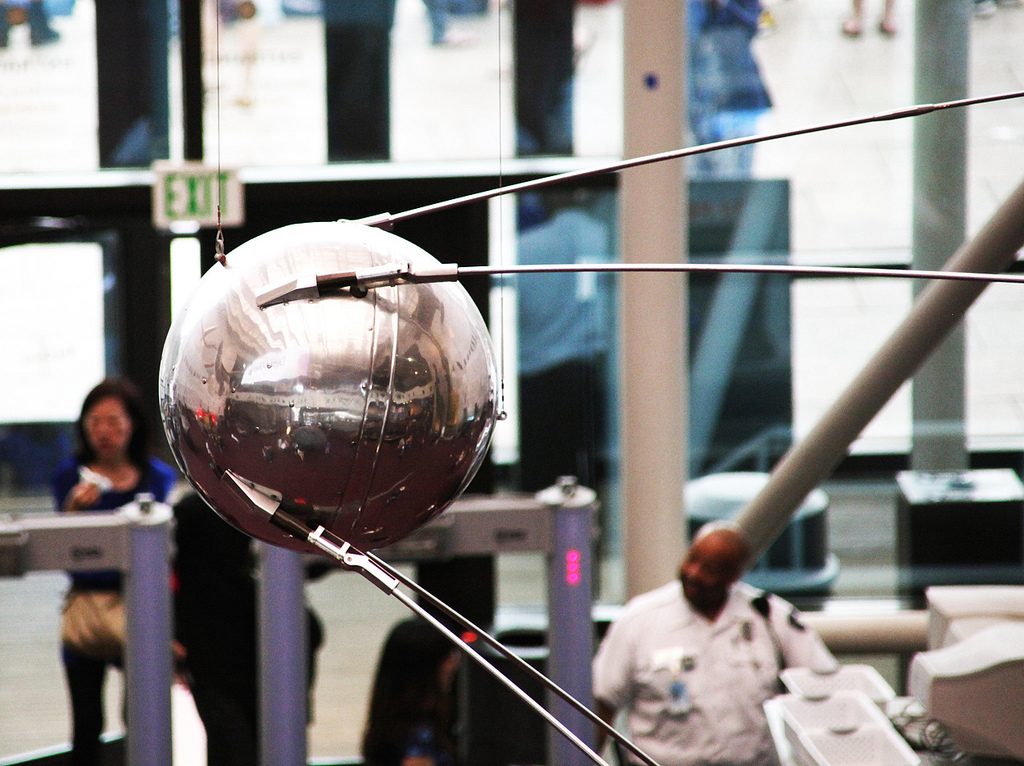 The scientists then began to wonder if they could calculate the speed of the satellite if they measured the doppler shift of the signal they were monitoring. They could.

This experience led to a discussion among colleagues about using some mathematics to see if they could calculate the satellite’s altitude. They could.

This conversation ultimately led to some research into whether they could reverse the problem – i.e. if more than one satellite were in orbit emitting a signal, could they precisely calculate the position of a receiver on the earth?

And so was born an idea that turned into GPS.

Johnson points out that in sharing their ideas, the group of scientists built on each other’s hypothesis until they came upon a game-changing uber-idea.

If that sharing had not happened, it could be argued that GPS would have been invented much later.

And so it goes for entrepreneurs – prudently share your idea to make it better through iteration.

I’ve been around entrepreneurs whose enthusiasm for their idea crosses into the realm of obnoxious arrogance.

Yes, there are arrogant jerks whose ideas make it big. But the older I get, the more convinced I am that they are the exception, not the rule.

I’m reminded of the line from Hamlet whenever I hear bravado that seems to outshine the business idea:

If a business leader tries too hard to convince me of the validity of their idea, I begin to suspect there is a major flaw in that idea. (William Shakespeare Parody)

That may not be fair, but think of it this way: in most cases, if your “elevator pitch” doesn’t grab the listener immediately, then the idea hasn’t clicked in any case.

That’s not to say that adding some color beyond the pitch can’t help.

It certainly can, especially for some more complicated propositions. But even in the delivery of that additional information, be sure your approach is one of calm confidence.

You’re likely to win more followers with such an approach than by trying to strong-arm them with enthusiasm.

If you start a business that you want to grow to any sort of scale, you’ll have to bring others on board.

And it’s likely that you’ll have to offer up pieces of equity to those that you want to hire.

That can be hard to do. But I’d argue that if you are in a high-growth business and you’re not offering employees a way to share in value creation, then you’re probably not getting the best people.

That’s not to say that you shouldn’t worry about ownership dilution. But obsession over dilution can lead entrepreneurs to be too stingy with equity which can result in not getting the best people which, in turn, can lead to slower growth.

This fixation has the risk of protecting your equity stake but leaving you with a large chunk of a smaller business.

Nobody likes to be told what not to do. But everybody – entrepreneurs included – can benefit from some tough talk about the things that can mess up an opportunity.

These five lessons have stuck with me through my own involvement with entrepreneurial ventures.

I hope they’ll stick with you too.