It's not enough to be busy. So are the ants. The question is; What are we busy about?

We’re all busy. So are the ants. We run and hurry here to there, then back again. Traffic, traffic, ever late. Stressed. Hurried. Scrambled.

Yes, we’re all busy. But are we occupied on the things that matter? What have you done in the past 24 hours that has real meaning?

Have you tried to intentionally seek out something to spend your time on that’s important, or are you running through your “To Do” list doing “stuff”?

Have you experienced the deep satisfaction that comes from doing something that helps someone else?

A few days ago, I participated in a Habitat For Humanity build.

My company has a “Month Of Service” during which our employees around the world are encouraged to dedicate a day to service.

It’s pretty impressive what we accomplish, from the USA to Brazil to Korea to Germany. The Habitat build is an organized event, with my company sending enough volunteers to complete an entire house in 7 days.

I was there on Day 6, and we worked on the interior of the home.

I learned how to hang doors. (I was behind the camera, but this was another “door guy” who had also never hung a door). 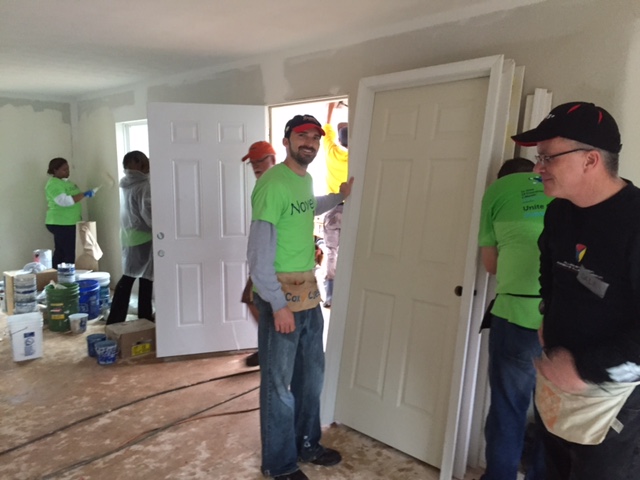 More importantly, I met the soon to be homeowner, Jaclynn, and her 20-something-year-old daughter.

She was introduced at the start of our day and gave a small speech telling us her story and how much the home and our efforts meant to her.

She worked alongside us, every day of the week.

I thought of Jaclynn and her daughter as I hung the doors throughout her house.

I thought of how many times she’d be opening and closing the door I was hanging at that minute, how it would become part of her life.

After a difficult life, she was on the right path.

She had completed the exhaustive selection criteria required to get selected successfully as a Habitat homeowner and had proven steady employment and classroom aptitude in budgeting and getting her life in order.

She was required to invest 250 hours in building the home, attending classes, and demonstrating a commitment to turning her life around.

She had taken a class on healthy cooking.

Over the next year, she would be taking ongoing classes on homeownership and running her family’s finances.

And I was but one in a sea of 2 million volunteers who have contributed their time and efforts to Habitat’s cause since it started 35 years ago. 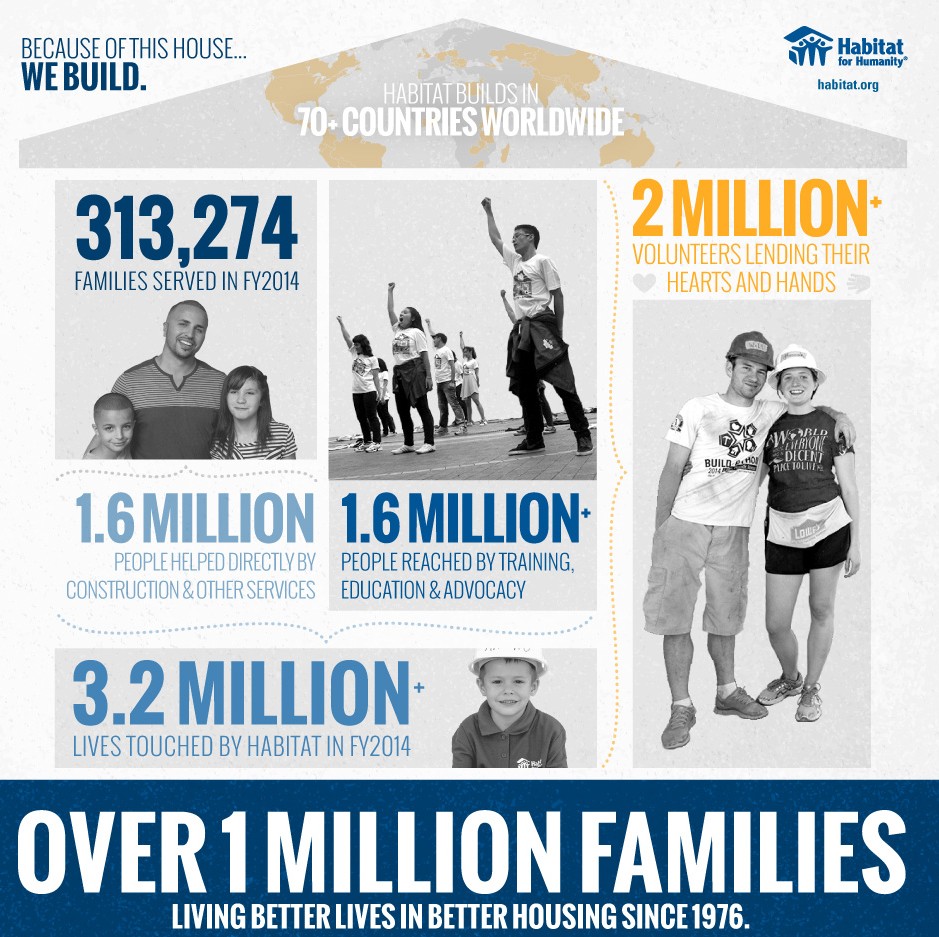 This week, I made a difference in the life of a family who’s digging their way out and heading in an exciting new direction.

I can think of few things in which I could have better invested my time.

Find a way to make a difference in someone’s life.

Take my word for it, and you’ll be made rich in the effort.